Introduction to tipping elements, irreversibility, and abrupt change in the Earth system 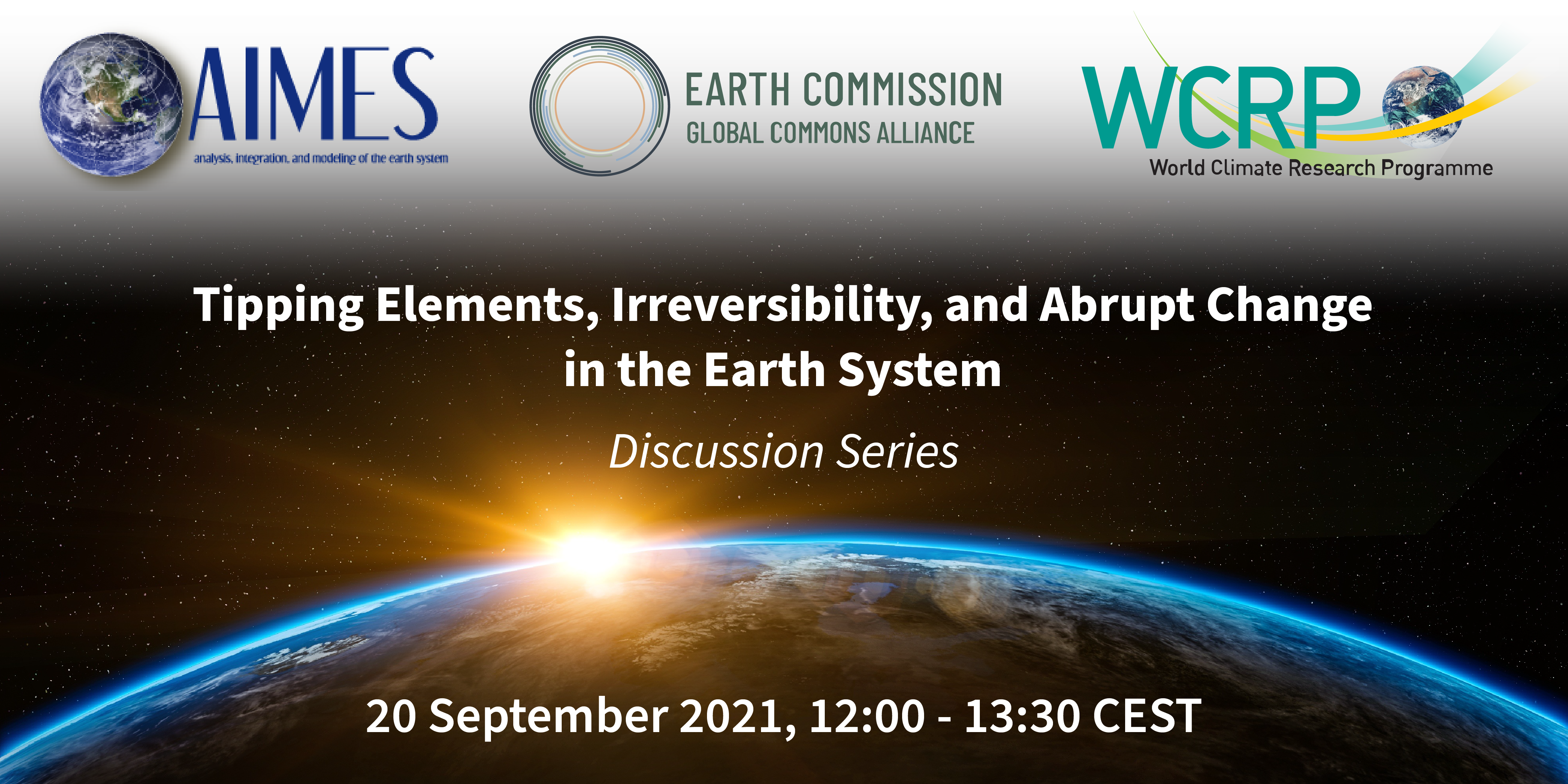 The recording of this event is now available online: video link

The first event in the series provides an overall introduction. The next discussions will then dive into one Earth system tipping element in detail, i.e., Amazon rainforest, ice sheets. The events (60-90 minutes each) will be held monthly and are open to the public.

The final 25 minutes is reserved for informal discussions on the research agenda and the development of a Tipping Element Model Intercomparison Project (TipMip). The event will be recorded.

This event is now finished. The link to the video will be provided in due course. The details of the next event in this series will be posted shortly.

Dr. Lenton is the Director of the Global Systems Institute and Chair in Climate Change and Earth System Science at the University of Exeter. His reading of Jim Lovelock’s books on Gaia, when he was an undergraduate, ignited his passion for studying the Earth as a whole system, forming the foundations of his research to date. For his Ph.D., supervised by Andrew Watson, he studied what regulates the nutrient balance of the ocean and the oxygen content of the atmosphere. In his first job, he built a simple coupled carbon cycle and climate model and led the development of the GENIE Earth system model. This led him to study the coupled evolution of life and the planet and identifying tipping points in the Earth system – past, present, and future.

Dr. Lenton and his group at Exeter focus on understanding the Earth as a system, modelling evolution, ecology, and biogeochemistry, providing early warning of climate tipping points, and identifying positive tipping points towards sustainability. This integrated view of our living planet is captured in his books ‘Revolutions that made the Earth’ with Andrew Watson (OUP, 2011) and ‘Earth System Science: A Very Short Introduction’ (OUP, 2016). His work identifying the tipping elements in the climate system won the Times Higher Education Award for Research Project of the Year 2008. He has also received a Philip Leverhulme Prize 2004, a European Geosciences Union Outstanding Young Scientist Award 2006, the British Association Charles Lyell Award Lecture 2006, the Geological Society of London William Smith Fund 2008, and a Royal Society Wolfson Research Merit Award 2013. He is a Fellow of the Linnean Society, Geological Society, and the Royal Society of Biology. He is a member of the Earth Commission and is a Clarivate Web of Science Highly Cited Researcher.

Dr. Seneviratne’s research focuses on climate extremes and land-climate interactions. She investigates the processes leading to droughts and heatwaves, the impact of land processes and land cover changes on regional climate, and their changes with global warming. She combines climate model experiments and statistical data analysis in my research, based on model data, ground observations, and satellite measurements. She studied at the University of Lausanne (Biology, 1992-1995), ETH Zurich (Environmental Physics, 1995-1999), and the Massachusetts Institute of Technology (Guest student, Parsons Laboratory, 1998-1999). She completed an MSc in Environmental Physics (1999) and a Ph.D. thesis in Climate science (2003) at ETH Zurich. She was then a visiting researcher at the NASA/Goddard Space Flight Center (2003-2004), in Greenbelt, Maryland (USA). After returning as a senior scientist at ETH Zurich, she was appointed as Assistant Professor at the Institute for Atmospheric and Climate Sciences in 2007. She was promoted to Associate Professor in 2013, and Full Professor in 2016.

Prof. Sonia Seneviratne has published more than 200 peer-reviewed articles. She is listed among the Highly cited researchers of Web of Science (Clarivate Analytics/Thomson Reuters). In her research, she investigates climate extremes (droughts, heatwaves), land-climate processes, and human-induced climate change, based on climate modelling and data analyses, including ground and satellite observations. Sonia Seneviratne has received several awards for her research, among others the Macelwane Medal of the American Geophysical Union (AGU, 2013), a consolidator grant of the European Research Council (ERC, 2014-2019)), and the Oeschger Medal of the European Geosciences Union (EGU, 2021). Prof. Sonia Seneviratne was an author on several reports of the Intergovernmental Panel on Climate Change (IPCC). She was recently the lead author of the Special Report on 1.5°C global warming and coordinating lead author of the 6th assessment report.