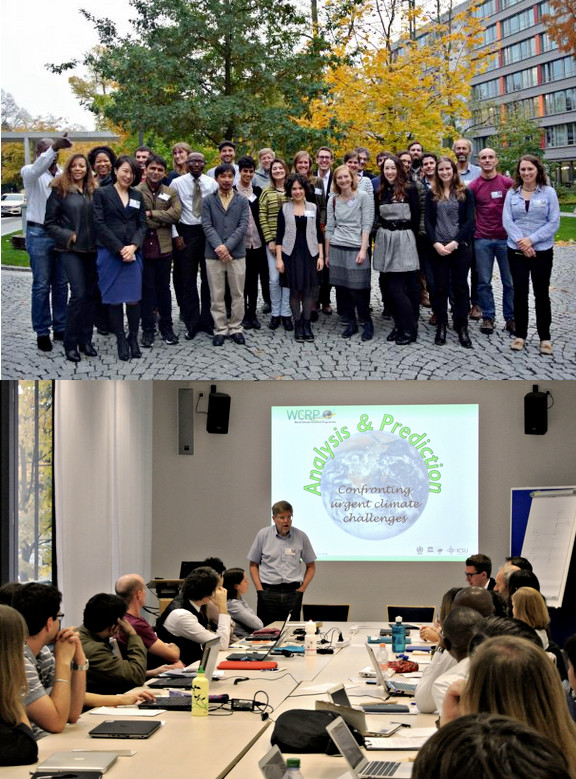 The primary objective of WCRP Capacity Development is to empower long-term achievements in climate research. In this context, WCRP promotes current and future leadership in climate science, making particular efforts to support and engage Early Career Researchers (ECRs) from all regions in the world, toward a sustainable climate research community.

It is crucial for WCRP to connect with the new generation of climate scientists. ECRs have the greatest potential to produce longer-term scientific impact and to carry forward WCRP’s mission and activities. WCRP is committed to support and create opportunities for young scientists and to assist in their career development. The WCRP community values fresh perspectives brought to the table by ECRs, who are generally more interdisciplinary, technologically literate, creative, energetic and globally connected. WCRP counts on ECRs to challenge the status-quo and to pioneer novel concepts. WCRP will continue its endeavour in creating inspiring dialogues and ensuring integration of ECR activities within WCRP for the long-term benefit of the research community.

ECRs participate widely in WCRP’s research activities, directly contributing to scientific achievements. A number of young scientists are leading the implementation of WCRP Grand Challenges and various scientific panels of the Core Projects, such as the ECR representatives on the GEWEX panels and the leadership of the Grand Challenge on Understanding and Predicting Weather and Climate Extremes.

Dedicated ECR events, such as symposia and competitions, compose important parts of major WCRP conferences and workshops. ECR events and symposia enable ECRs to further develop their knowledge, share their vision and to network with other ECRs, as well as with senior scientists. It also provides the opportunity to ECRs to voice their opinions and ideas, as well as to gain insight in the global climate research community. At the recent International Conference for Regional Climate - CORDEX (ICRC-CORDEX), in May 2016 in Stockholm, an ECR side-event took place about communicating climate science. In association with the upcoming CLIVAR Open Science Conference in September 2016 there will be a three-day Early Career Scientist Symposium. Competitions specifically designed for ECRs, such as poster competitions and online video competitions, give ERCs the opportunity to showcase their research and to receive feedback from the climate community. It serves as an important mechanism to support and highlights the research of outstanding ECRs and aids in building their careers. Explore the ECR poster competition during the ICRC-CORDEX Conference and a video competition organised by GEWEX.

WCRP sponsors ECR workshops and events. The ‘Earth System Science Frontiers Workshop’ was jointly sponsored by WCRP, WMO’s World Weather Research Programme (WWRP) and the Global Atmospheric Watch (GAW). It was initiated and organised by networks of ECRs, including the Young Earth System Science (YESS) Community. The workshop provided a forum to discuss common scientific challenges across Earth system sciences, and to further strengthen ECR networks. The outcomes of the workshop are described in a white paper, to be published soon.

ECRs have increasingly organized themselves into global networks. WCRP obtains close connections to active groups of young scientists through these networks, provides support for them, and encourages partnerships and cross-engagement with other science organisations.

From an early stage, the Association of Polar Early Career Scientists (APECS) has been a key ECR partner of WCRP, particularly of its Core-Project on Climate and Cryosphere (CliC), connecting active groups of early career scientists with WCRP. Lately, to strengthen the linkage with ECRs and to foster future leaders in a continuous fashion, the WCRP Joint Scientific Committee recognized and encouraged the positive connection with YESS. The YESS community provides an international and multi-disciplinary ECR network and a collective voice for early career researchers in Earth system science. Apart from APECS and YESS, WCRP maintains connections to other ECR networks, such as the Young Hydrologic Society (YHS) and the ECR Network of Networks (NoN).

WCRP invites early career networks who wish to work together to contact .