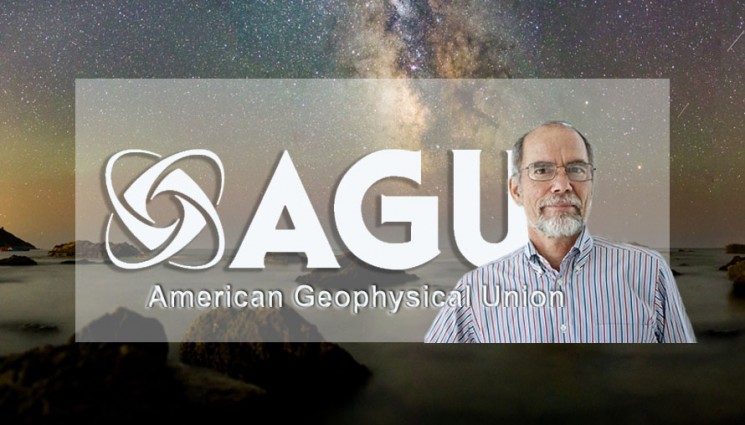 Karl Taylor, major figure behind WCRP's Coupled Model Intercomparison Project (CMIP), has been elected fellow of the American Geophysical Union (AGU). The honor is accorded to a small percentage of AGU members and recognizes both Karl's research successes as well as his contributions to WCRP, CMIP and IPCC.

AGU recognized Taylor in particular “for improving our ability to evaluate and intercompare climate models, and for advancing understanding of climate forcings, responses and feedbacks.” These achievements are intricately linked to Karl's leading role in and around WCRP's Coupled Model Intercomparison Project (CMIP), for example within WCRP as co-chair of the WGCM Infrastructure Panel (together with V. Balaji), as member of the WGCM CMIP Panel, member of the WDAC obs4MIPs Task Team, and past member of the WGSIP Decadal Climate Prediction Project Panel (DCPP). In addition to his work at the heart of the WCRP community, Karl has been much involved in the development of the NetCDF CF Metadata Conventions and the Earth System Documentation (ES-DOC) project. In 1998, Karl shared with Benjamin Santer and co-authors the Norbert Gerbier-Mumm International award issued by the World Meteorological Organization, one of WCRP's co-sponsors.

Much of Karl's work has been made possible through the Lawrence Livermore National Laboratory (LLNL) and it's Program for Climate Model Diagnosis and Intercomparison (PCMDI). Karl himself reacted by saying "I am proud to have been honored in this way. The personal recognition also reflects on the scientific impact our group at LLNL has had on international climate modeling research. My close colleagues at PCDMI deserve to share in this honor.”

The full announcement is available from the LLNL website.

Image credit: Article cover image reused without changes and as produced by Lawrence Livermore National Laboratory under a CC BY-NC-SA 4.0 license ("Attribution-NonCommercial-ShareAlike.") in accordance with LLNL copyright and reuse clause.