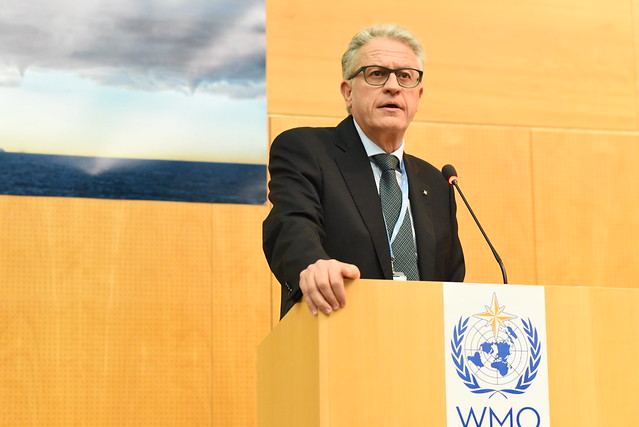 A new World Meteorological Organization (WMO) public science lecture series started on 8 May with a presentation from Thomas Stocker on "The Climate of Tomorrow: Building the Knowledge for Earth Stewardship". Thomas Stocker is Professor of Climate and Environmental Physics at the University of Bern and former Co-chair of Working Group I of the Intergovernmental Panel on Climate Change (IPCC). His talk was also part of the WCRP Joint Scientific Committee's annual meeting programme and focused on four major topics that need to shape future climate research.

Professor Stocker structured his lecture around the four topics of (i) climate assessments (such as compiled regularly by the IPCC); (ii) climate models; (iii) special tipping points in the climate system; and (iv) the risks of geoengineering. He reminded that surprisingly accurate scientific knowledge of climate change dates back more than 40 years. “Science had it right. Science had it right for many decades. Scientific knowledge on which decisions could have been taken,” he said. Because of the lack of response to the warnings, concentrations of greenhouse gases in the atmosphere are now “totally out of balance,” said Mr Stocker. He highlighted the need for better investment in observational capacity, and for enhanced climate models that enable seamless climate prediction. Mr Stocker said that understanding of tipping points in the Earth system is growing, but that there is a confusion of messaging. An authoritative IPCC assessment of tipping points by the IPCC was therefore necessary. Mr Stocker also warned against the risks of geoengineering as a “solution” to global warming. 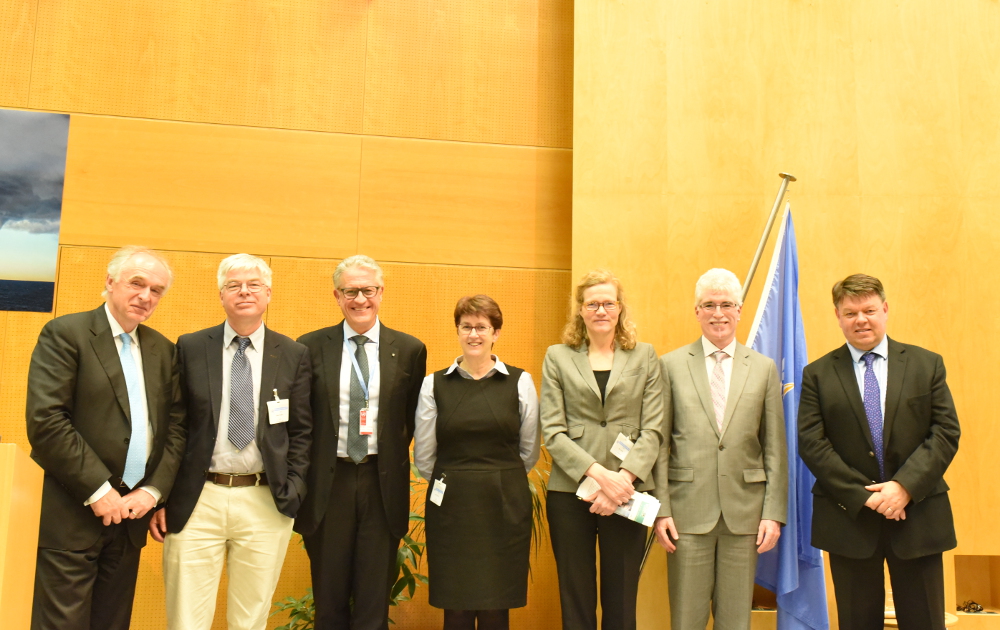 The lecture on 8 May was co-organized between WCRP and WMO, which will continue this format of public science lectures as part of its engagement with its partners and the public. The inaugural lecture was opened by WMO Secretary-General Petteri Taalas, Detlef Stammer, Chair of WCRP's Joint Scientific Committee, and WMO Chief Scientist and Research Director Pavel Kabat, who convened the public science lecture series.

The lecture was preceded by an address by Luis Alfonso de Alba, the UN Secretary-General’s Special Envoy for the 2019 Climate Action Summit. That summit had been called for by UN Secretary-General António Guterres and will bring together governments, local authorities and businesses in September 2019 to increase the level of ambition and mobilize commitments to reduce greenhouse gas emissions. The summit is an “agenda for action” to implement the Paris Agreement by keeping a global temperature rise this century well below 2 degrees Celsius above pre-industrial levels and to pursue efforts to limit the temperature increase even further to 1.5 degrees Celsius.

“If we take all the commitments … to date, we will be at about one third of what we need if we want to keep the increase in temperature to below 1.5°C", said Mr de Alba. “That is the size of the challenge we have. It is about time we all concentrate on what we have committed to do”, he said. WMO Secretary-General Taalas is a co-chair of the Scientific Advisory Group to the Climate Summit and Mr de Alba described WMO’s support as “extremely important.” This Scientific Advisory Group will provide the most up-to-date information on the state of the climate, greenhouse gas emissions and concentrations, as well as the overall carbon budget. Much of this information is generated by the wider research community and networks linked to WCRP and WMO.

The lecture was be followed by a high-level panel discussion, for which Thomas Stocker and Pavel Kabat were joined by:

A recording of the lecture as well as its opening remarks and panel discussion is available on the WMO Public Science Lecture webpage.