A session was held during the recent Australian Meteorological and Oceanographic Society Annual Conference (10-14 Feb 2020, Fremantle, Australia) focused on regional climate projections and applications, including CORDEX. The session highlighted progress in the CORDEX-Australasia domain as well as featuring presentations from a cross-section of projects/studies developing and using regional climate projections.

The CORDEX-Australasia ensemble is now a 19 member ensemble featuring 11 CMIP5 Global Climate Models (GCMs) downscaled by 6 Regional Climate Models (RCMs). Initial results have been published in a study lead by Giovanni Di Virgilio, that analyzed the RCM performance over this domain when driven by the ERA-Interim reanalysis. The analysis found the RCMs to generally differ in their error characteristics though the ensemble has an overall cold bias for maximum daily temperature. Another study led by Giovanni created an objective measure of added value in the ensemble named “Realized Added Value” and showed that overall, across models and variables, the ensemble produces added value over almost the entire Australian continent. A third study, led by myself, examined the projected changes over Australia finding that most future changes are in-line with those projected by GCMs though over northern Australia the CORDEX-Australasia ensemble projects a precipitation decline while the GCMs ensemble mean projects little change.

Other presentations discussed: the implications of presenting projections using time periods vs global warming levels; the design and early results from the NARCliM1.5 regional climate projections project that is also contributing simulations to the CORDEX-Australasia ensemble; efforts to couple on ocean model to the variable resolution global model CCAM; changes in extreme rainfall in New Zealand from the weather@home ANZ modelling system; the influence of bias correcting GCMs before using them to drive RCMs; examined the rapid warming in the Australian Alps found in current regional projections; and the use of bias correction techniques as applied within the hydrological projections project in the Australian Bureau of Meteorology.

Overall the session demonstrated significant ongoing research in regional climate modelling and projections occurring in the Australia/New Zealand region. Fremantle was a great venue for the conference, with fantastic weather enjoyed by participants all week. 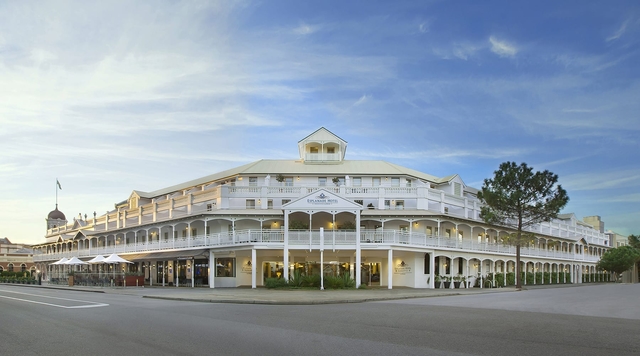