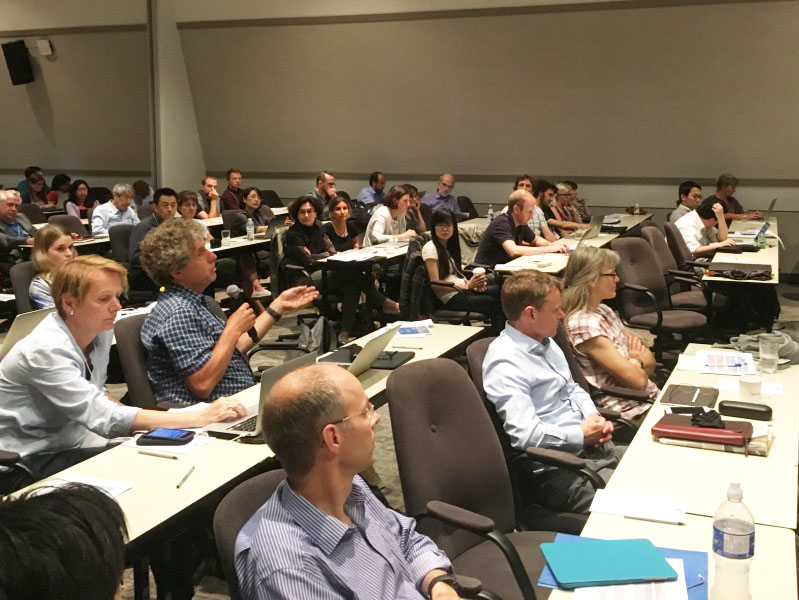 The 5th Working Group on Numerical Experimentation (WGNE) "Workshop on systematic errors in weather and climate models" was held from 19-23 June 2017 in Montréal, Québec, Canada and jointly sponsored by WCRP, the World Meteorological Organization (WMO), Environment and Climate Change Canada, Ouranos Consortium on Regional Climatology and Adaptation to Climate Change and the National Oceanic and Atmospheric Administration (NOAA) Modeling, Analysis, Predictions, and Projections (MAPP) Program. The event was attended by 200 people from 37 countries.

The principal goal of the workshop was to increase understanding of the nature and cause of errors in models used for weather and climate prediction, including intra-seasonal to inter-annual scales. Of special interest were studies that consider errors found in multiple models and errors which are present across timescales. Diagnostics and metrics to identify and characterize systematic errors were particularly welcome.

After a welcome address by WGNE Co-chairs Dr Ayrton Zadra (local host)and Keith Williams and a general introduction by Dr Michel Rixen from WMO, the workshop continued around the following themes:

A number of early career scientist activities were organized during the week, including:

Irina Sandu (winner of the WCRP/WWRP International Prize on Model Development 2016) talked about the importance of surface drag on the circulation and showed why the prize selecction committee were impressed by her outstanding contribution in the field of weather and climate model development.

Mr David Grimes, President of WMO, Assistant Deputy Minister and head of Environment and Climate Change Canada's Meteorological Service provided a welcome address to all participants, stressing the importance of numerical modeling across all time scales for the whole WMO enterprise. He highlighted polar issues as another crucial science challenge. He finally briefed participants on the current WCRP sponsors' review and broader on-going discussions to re-visit the structure and governance of research within the Organization.

Irina Sandu (winner of the WCRP/WWRP International Prize on Model Development) talking about the importance of surface drag on the circulation at the 5th WGNE Workshop 2017.

The Working Group on Numerical Experimentation (WGNE), jointly established by the WCRP Joint Scientific Committee (JSC) and the WMO Commission for Atmospheric Sciences (CAS), which is responsible for the World Weather Research Programme (WWRP) and the Global Atmosphere Watch (GAW) Programme, has the responsibility of fostering the development of atmospheric circulation models for use in weather, climate, water and environmental prediction on all time scales and diagnosing and resolving shortcomings.