Konrad Steffen: Snow and ice were his passion

WCRP is shocked and saddened to hear of the passing of Konrad 'Koni' Steffen. He was an inspiration and friend to so many in WCRP, especially through his longstanding contributions to the Climate and Cryosphere (CliC) Program. He will be remembered as an outstanding scientist — but most of all he will be remembered as a wonderful human being with an amazing passion for snow and ice. Our thoughts are with his family.

Thomas Stocker has kindly agreed to share with us all the words of an obituary that he wrote for the Neue Zürcher Zeitung (NZZ), translated into English. We thank Thomas, WSL and the NZZ for allowing us to share this with you all.

Link to the original version in German

Snow and ice were his passion

While working at the Swiss Camp, the internationally renowned Swiss polar researcher and director of the WSL, Konrad Steffen, had a fatal accident in Greenland. An obituary by Thomas Stocker. 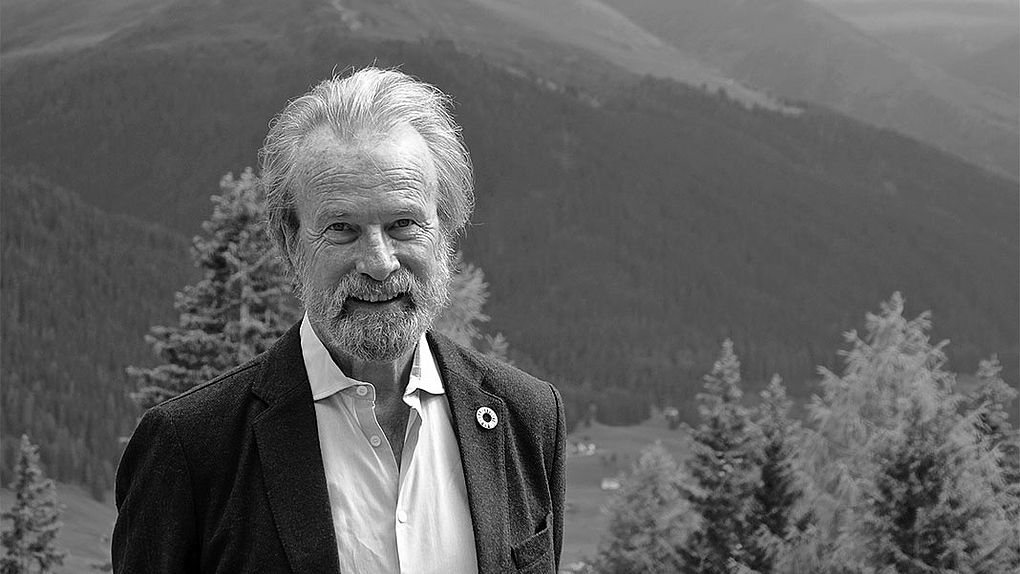 Koni, as he was called by his friends, was a citizen of the world: He felt as comfortable in a farmhouse near Zurich as he did on glaciers in Chile, Greenland, and the Antarctic. He even trained young people in Tibet to operate weather stations and collect data. Snow and ice have been the connecting elements and the core of his research since his diploma thesis, which he wrote at ETH Zurich in 1977. He continued his academic path in the USA, where he was a professor at the University of Colorado from 1991 to 2012; from 2005 he headed CIRES, a large environmental research institute. Due to his personality and the combination of a tough polar explorer, successful scientist, and skilled diplomat, he was able to prevail in the competitive science environment of the USA.

In 1990, Koni Steffen started a long-term program to measure temperature, wind, solar radiation, and precipitation with the aim of determining the surface energy balance of Greenland. To this end, he set up Swiss Camp northeast of Ilulissat with modest means, which he visited every year with his students. It is not "rocket science," as he himself said. But to keep modern electronics running in the harsh polar environment, to deliver reliable measurement data, and do so over thirty years, is a great achievement. What used to be contemptuously referred to as "monitoring" is now part of the unique treasure trove of data that forms a cornerstone of modern climate science.

As early as 2002, he was able to use his data to demonstrate the accelerating melting of the ice. That was a warning signal long before it became clear from satellite data that the entire Greenland ice sheet was losing its ice mass faster and faster. With global warming, Greenland is approaching a tipping point. If this is exceeded, the ice will melt and the sea level will rise up to six meters in the long term. The field researcher Konrad Steffen has repeatedly warned us about this.

Steffen's interests were wide-ranging. How and where the water flows in ice sheets and glaciers was just as interesting to him, as the physical processes on the bed of rocks that determine whether a block of ice slips or slides. Koni Steffen and an international team also determined the mass balance on the Larsen C Ice Shelf in the Antarctic. This work is fundamental to assessing the stability of these ice sheets under anthropogenic global warming.

In 2012 Konrad Steffen returned to Switzerland and took over the directorship of the Federal Research Institute for Forests, Snow and Landscape (WSL), which today has 550 employees and is part of the ETH domain. He was a director with great enthusiasm, foresight, and inspiration. Over the past eight years, Koni has consistently developed WSL as an internationally recognized research institution. He has strengthened the interfaces between forest, biodiversity, landscape, snow and ice and natural hazards and has always sought an understanding of the system, especially with regard to the effects of the overexploitation of nature by humans and advancing climate change.

Koni Steffen was a passionate polar explorer who got involved. Working in extreme environments has shaped him. He was a motivator and an optimist with great charisma. His solutions were always pragmatic and guided by great humanity. This made him a respected director of research institutions, a convincing scientist at hearings before the US Congress or in meetings of the ETH Board, and an inspiring camp leader in Greenland. But above all, Koni Steffen was a generous colleague who always had the bigger picture in science and research in mind and was committed to it.

In recent years he has been the driving force behind the establishment of the Swiss Polar Institute (SPI). With his international network, great diplomatic skills, and excellent national contacts, Koni has given Swiss polar research a new boost, from which young researchers in particular benefit today.

During his entire career, the Swiss Camp in Greenland remained an affair of the heart for Konrad Steffen; he agreed to continue the measurements with the Geological Service of Denmark. On the ice, he always lent a hand himself, repaired the weather station, set up GPS connections to satellites, negotiated with the helicopter pilots, or cooked for the crew. But he also cleverly used the Swiss Camp as an impressive memorial for climate change. Numerous ministers, members of US Congress, the former US Vice President Al Gore, the former Swiss Federal President Leuthard and many more have visited Swiss Camp, stepped onto the platform, and saw the vulnerability of the ice surface of Greenland with their own eyes.

In recent years, the surroundings of Swiss Camp have been transformed into a lake plateau in summer. Rivers connect the deep blue pearls, raging melt streams pour into so-called moulins and disappear into the depths of the ice sheet. Konrad Steffen treated the guests in his tent to espresso and chocolate while conveying the scientific facts of climate change. Anyone who stepped down from the platform after a few hours understood what the melting at Swiss Camp means for Greenland and the whole world. So every visitor became an ambassador for climate protection.

Last Saturday, on the melting and chasmed ice sheet, Koni fell into a crevasse. We mourn the loss of an outstanding researcher, an international science ambassador, a visionary director, a generous colleague, and a good friend.

Thomas Stocker is a climate researcher at the University of Bern. There he heads the Division of Climate and Environmental Physics and is President of the Oeschger Center for Climate Change Research.

See also a video by the Swiss Polar Institute.