Pierre is a Royal Society Wolfson Research Merit recipient, he holds a Chair in Mathematical Modelling of the Climate System at the University of Exeter. His research interests are in the field of global biogeochemical cycles and their interaction with the climate system. More specifically, he is interested in the role biogeochemical cycles in the climate system over time scales ranging from glacial-interglacial to future IPCC-like projections. For future climate projections, he identified a positive feedback between climate change and the carbon cycle and developed a mathematical framework for climate-carbon feedbacks analysis. He is also involved in the development and evaluation of land surface models (JULES) and their inclusion in Earth System Models. 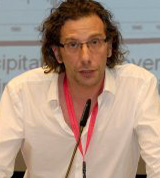