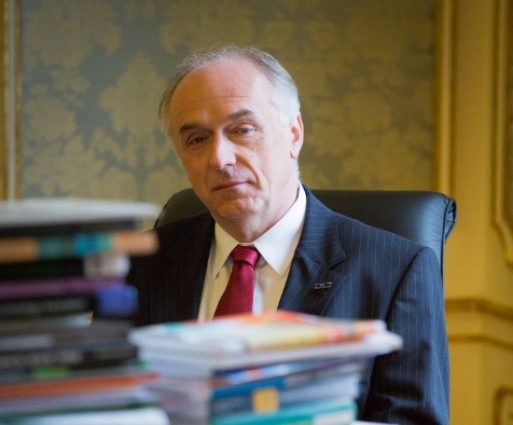 After the departure of WCRP Acting Director Deon Terblanche, WMO’s upcoming Chief Scientist and Director of Research, Professor Pavel Kabat, will take office on 1 September 2018. Pavel will guide the overall science strategy of WMO and manage its Research Department, including the activities of WCRP, the World Weather Research Programme (WWRP) and the Global Atmosphere Watch (GAW).

WMO had announced the appointment in March, following both the establishment of a WMO Chief Scientist role and after designating a joint management position for its three research-centric divisions (WCRP, WWRP, and GAW).

Pavel has been serving as Director General and Chief Executive Officer of the International Institute for Applied Systems Analysis (IIASA) since 2012. IIASA is an independent, international, science, and science-to-policy institute based in Laxenburg, Austria, with 23 member countries, nearly 400 international staff, and a global research network of around 3,000 scholars and 800 partner institutions. Pavel is also Professor of Earth System Science at Wageningen University in the Netherlands and member of the Leadership Council for the UN Sustainable Development Solutions Network.

Within a recent celebratory event around Pavel’s upcoming departure from IIASA, he has been awarded Austria’s highest honor for services to science, the Austrian Cross of Honor for Science and Art, First Class (Österreichisches Ehrenkreuz für Wissenschaft und Kunst I. Klasse). The award is conferred by the Federal President of the Republic of Austria and recognizes leading figures who have “gained universal recognition and a distinguished reputation for their outstanding achievements in the field of science or art". For more information, see the announcement and photo gallery on the IIASA homepage.

WCRP congratulates Pavel for the distinction received and is looking forward to fruitful collaboration with the entire WCRP community, climate research community, WMO programmes, and beyond.